*- depending on the base material

- when mounting, the label must be covering the sensor part to the maximum; 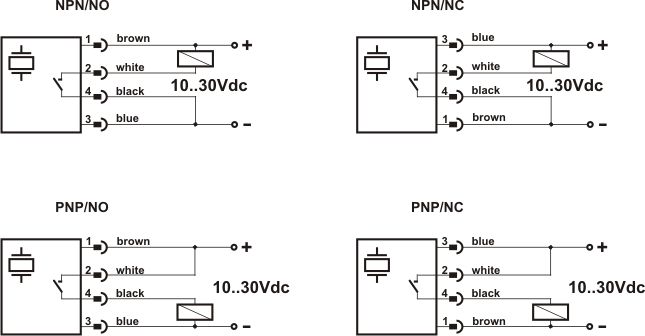 Manual change of switching over limits/performed by an authorized specialist/

In this mode, the sensor gives an opportunity for a manual change of amplifying the input signal, threshold operational level and hysteresis.

This has to be performed only in cases when an automatic setting for a particular kind of label cannot be done.

The access to manual setting is carried out by pressing and holding for more than 3 seconds the buttons +−/simultaneously/.

The LED "S” lights up- change of amplifyingthe input signal. The buttons are then released.

The belt with labels is being positioned at a sight hole of labels- fig.1, taking into consideration the markers on the front panel. Adjustment is performed step by step /16 levels/ by pressing button + for increasing, and by pressing button – for decreasing. When pressing a button, the LED "S” goes out. After releasing the button, a change of increasing coefficient begins until reaching the next level. It’s indicated by LED "S” lighting up. The end positions are indicated by a 10-time twinkle of "S”.

When positioning the belt onto a label, the second signal level is being noticed on the detection level indicator, and it’s needed for adjustment rating of threshold operational level.

Turning into operational condition is done by pressing the teachbutton, LEDs "T” and "S” go out.
General conditions for service use of ultrasonic sensors:

Ultrasonic sensors are intended to work in normal weather conditions, in an environment with no aggressive liquids and gases to the body materials and to the cable.